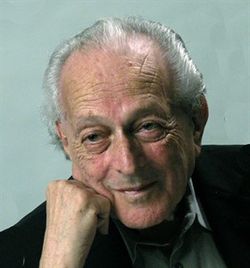 Townsend became interested in composition while a student at the Fiorello H. LaGuardia High School of Music & Art and Performing Arts, in New York City. He taught himself composition, counterpoint and orchestration. In 1941, he began studying composition privately with Tibor Serly, Stefan Wolpe, Aaron Copland, Otto Luening and Felix Greissle, among others.

Townsend taught at Brooklyn College, CUNY from 1958 to 1969, Lehman College, CUNY from 1970 to 1971, the University of Bridgeport from 1973 to 1975 and Purchase College (also known as SUNY Purchase) from 1973 to 1976. From 1977 to 1980, he was editor of Musical Heritage Review. Townsend’s research into 18th- and 19th-century music has resulted in editions, recordings and performances, most notably of a Carl Czerny overture and a mass by Sigismund Neukomm. He received research grants from the Martha Baird Rockefeller Fund in 1965 and the New York State Council of the Arts in 1975.