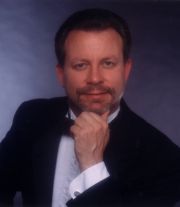 Douglas Akey (b. 13 October 1957) is an American composer and teacher.

1985, Mr. Akey received the Stanbury Award of the American School Band Directors Association as the outstanding young junior high school band director in the United States. From 1987 to 2006, Akey was director of bands and music/drama department chairperson at Hendrix Junior High School in Chandler, Arizona. His bands have been invited to perform numerous education conferences, including the 1994 Midwest International Band and Orchestra Clinic and the 1998 Music Educators National Conference.

He has become recognized as an accomplished composer of school band music. His works have appeared on dozens of state contest lists and are performed by bands throughout North America, Europe, Australia and the Far East. In 1996, he was honored as the National Federation of Secondary Schools Music Educator of the Year for Section 7 (Arizona, California, Hawaii, Nevada and Utah).

Akey currently teaches music technology and band at the Mesa Academy for Advanced Studies in Mesa, Arizona, and serves as director of the Tempe Symphony Orchestra. He is in demand as a clinician, having directed many junior high school and high school honor bands throughout the United States.