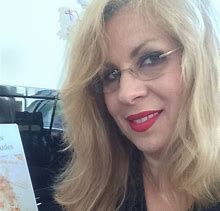 Dorothy Hindman (b. 1966, Miami, Fla.) is an American composer and educator.

Formal music study began when she entered Miami-Dade College as a piano major with the intention to study synthesis. This path led her to avant-garde electronic music, and at 19 she began a composition major at the University of Miami, studying with composer Dennis Kam, and graduating magna cum laude with a Bachelor of Music degree in 1988. Her studies continued at Duke University with Stephen Jaffe and Thomas Oboe Lee, receiving her Master of Arts degree in composition in 1989. In 1990, she became a university fellow at the University of Miami, resuming her studies with Dennis Kam. She completed additional studies at the Atlantic Center for the Arts with composer Louis Andriessen, reflected in her interests in the formal structures of Bach and Stravinsky as well as her adaptations of social and popular influences in her music.

A native of Miami, Florida, Hindman is associate professor of composition at the Frost School of Music, University of Miami. She has been new music critic for the Miami Herald and South Florida Classical Review, and hosted WVUM’s Po Mo Show, devoted to a post-modern mix of classical music written since 1980.

Dorothy Hindman’s music, a blend of punk/grunge with a spectralist sensibility, has been described as “bright with energy and a lilting lyricism” (New York Classical Review), “dramatic, highly strung” (Fanfare), “varied, utterly rich and sung with purpose and heart” (Huffington Post), “powerful and skillfully conceived” (The Miami Herald), “music of terrific romantic gesture” (The Buffalo News) and “one of the hopes of the present chamber music” (Kulturni Magazin UNI). Hindman’s work usually deals with political themes and the history of places, and how that history is distorted through the lens of contemporary individual perception.

Her over 350 performances span 30 states and 16 countries, including major venues such as Carnegie Hall, the United Nations, and New Music Greensboro.

Guest teaching appearances include the 2016 Summer Composition Intensive at St. Mary’s College, the 2016 Miami International Piano Festival Academy, the 2015 AmiCa Credenze POP Festival in Sicily, and residencies include 2017 and 2009 Seaside Escape to Create Fellowships, Visiting Artist at the American Academy in Rome, the Visby [Sweden] International Centre for Composers, and composer-in-residence for the Goliard Ensemble.