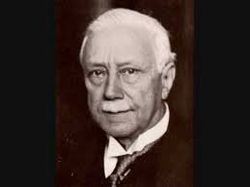 Donna Diana is a comic opera in three acts by Emil von Reznicek. It was first performed on 16 December 1894 at the Neues Deutsches Theater in Prague. The story relates that Dona Diana, beautiful daughter of the governor of Barcelona, who spurns all suitors. One clever admirer turns the tables, feigning his dislike of her, and he is the one who finally wins her heart.

The opera was successful in its day, with productions in several German theatres, but currently is rarely performed; its overture, however, has often been recorded and is sometimes heard in the concert hall. The overture served as the theme for the American radio (1947–1955) series Challenge of the Yukon, which later migrated to the TV series (1955–1958) Sergeant Preston of the Yukon. It was used in the 1950s on the BBC's Children's Hour by Stephen King-Hall for his talks on current affairs.

- Program Note from Wikipedia and Heritage Encyclopedia of Band Music