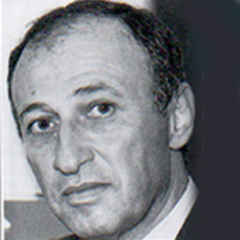 He was a dancer, winning Charleston and black bottom contests in Virginia. Beginning in 1926, he danced in vaudeville, and he later toured the United States, England, and Europe. He began performing in night clubs in 1935 and began writing songs in 1938. After that, he went to Hollywood to write film music.

Raye joined the United States Army in 1941, and served in World War II. Upon his return he resumed songwriting in Hollywood.

Although primarily a boogie composer, Raye also wrote the patriotic This Is My Country in 1940. His best know songs include Beat Me Daddy, Eight to the Bar, The House of Blue Lights, Just for a Thrill and Boogie Woogie Bugle Boy.

In 1985, Don Raye was inducted into the Songwriters Hall of Fame.