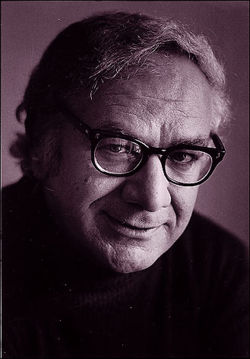 Dominick Argento was born 27 October 1927 in York, Pennsylvania to Sicilian immigrants. During World War II he served in North Africa for the United States Army. He studied at the Peabody Conservatory and the Eastman School of Music, receiving his Doctorate in Philosophy Degree in 1957. His composition teachers at these institutions included Henry Cowell, Bernard Rogers, Howard Hanson, and Alan Hovhaness. He also studied at the Cherubini Conservatory in Florence, Italy on a Fulbright Fellowship where he studied with Luigi Dallapiccola. Argento held faculty positions at the Hampton Institute (1952-55) and the University of Minnesota (1958-1997).

He has received numerous awards including two Guggenheim Fellowships (1957 and 1964), induction into the American Academy of Arts and Letters (1976), and a Pulitzer Prize (1975) for his work From the Diary of Virginia Woolf, for soprano and piano. Among his other compositions are fourteen operas, including Postcard from Morocco (1971), as well as many vocal and orchestral works. Among the groups which have performed his music since 2000 include the Baltimore Symphony, the Cincinnati Symphony, the Colorado Symphony, the Florida Orchestra, the Minnesota Orchestra, the Pacific Symphony, the St. Louis Symphony, the St. Paul Chamber Orchestra, the Tonhalleorchester Zürich, the Utah Symphony, and the Wiener Kammeroper.