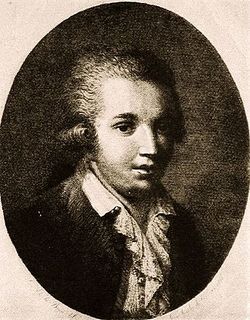 Cimarosa was the son of poor working parents. He studied music at the Conservatory in Naples from 1761-1772. His first opera, Le Stravaganze del Conte, was very successful.

Cimarosa was a prolific composer. Between the years 1772 and 1780, he composed 15 operas. His operas rivaled those of Piasiello, who, until 1780, had been the undisputed "king" of Italian opera. Cimarosa traveled extensively throughout Europe, serving as chamber composer to Catherine II of Russia and as kapellmeister to Leopold II of Austria. While in Austria, he composed Il Matrimonio Segreto, an immediate success. When Leopold II died, Cimarosa returned to Naples. After several more successes, his fortune took a turn for the worse with the cultural revolution in Italy. He died on January 11, 1801, leaving a legacy of 58 operas, 7 cantatas, and various other works.