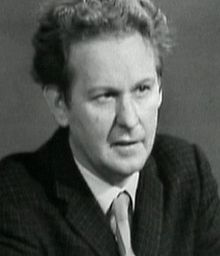 Beginning with the first episode aired by the BBC in November of 1963, Whovians have been riveted to the adventures of The Doctor in his wibbly-wobbly timey-wimey world of Daleks, Cybermen, and other assorted malevolent creatures in the universe bent on intergalactic domination. With the aid of the TARDIS, travelling back and forth in time is a snap, and with his sonic screwdriver always at hand to get him out of just about any compromised situation, The Doctor always (or nearly always) triumphs.

The instantly recognizable opening theme was a bit ahead of its time as one of the BBC's first ventures into electronically generated music. Ron Grainer's original music and initial concept has remained virtually unchanged through the decades, though it has gone through several minor permutations and expanded arrangements in the course of the 800 episodes that have aired.