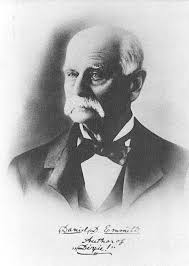 Dixie, also known as Dixie's Land, I Wish I Was in Dixie, and other titles, is a song that was popular in the Southern United States through the 20th century. It is one of the most distinctively Southern musical products of the 19th century and probably the best-known song to have come out of blackface minstrelsy. It was not a folk song at its creation, but it has since entered the American folk vernacular. The song likely cemented the word "Dixie" in the American vocabulary as a nickname for the Southern U. S.

Most sources credit Ohio-born Daniel Decatur Emmett with the song's composition, although other people have claimed credit, even during Emmett's lifetime.

Various theories exist regarding the origin of the term Dixie. According to Robert LeRoy Ripley, "Dixieland" was a farm on Long Island, New York, owned by a man named John Dixie. He befriended so many slaves before the Civil War that his place became a sort of a paradise to them. The most popular theory maintains that the term originated in the Mason–Dixon line.

Dixie had originated in the minstrel shows of the 1850s and quickly became popular throughout the United States. During the American Civil War, it was adopted as a de facto national anthem of the Confederacy. New versions appeared at this time that more explicitly tied the song to the events of the Civil War.

The song was a favorite of President Abraham Lincoln (himself born in Dixie); he had it played at some of his political rallies and at the announcement of General Robert E. Lee's surrender. Early recordings of the song include band versions by Issler's Orchestra (ca.1895), Gilmore's Band (1896) and the Edison Grand Concert Band (1896) and a vocal version by George J. Gaskin (1896).

During the civil rights movement in the 1960s in the United States, Dixie increasingly was seen as a symbol of the old unreconstructed South and the Confederacy with associated connotations of slavery and the subjugation of Black people. As a consequence, the work began to disappear from the popular canon. For example, the University of Florida band abruptly ceased playing Dixie at football games in 1964, and other Southern schools followed suit in subsequent decades. During the George Floyd and Black Lives Matter social uprising of 2020, when symbols of the old South came under scrutiny, including statues of Southern Civil War leaders and images of the Confederate battle flag, the song seemed to have been shunned by all but the most entrenched and radical adherents of the Old South. As an example, the all-woman American country pop group Dixie Chicks, formed in 1989, changed its name to The Chicks in June 2020.