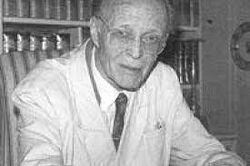 Set in four contrasting movements, Schultz’s Divertimento for Wind Instruments is a neo-classical homage to the eighteenth-century wind serenades and partitas of composers like Mozart, Haydn, Krommer, and Beethoven. Works of this type were often, though not exclusively, scored for an octet of oboes, clarinets, horns, and bassoons and were a common form of courtly entertainment during the classical era. Schultz’s work joins Emil Hartmann’s Serenade, op. 43 and Asger Lund Christiansen’s Octet, op. 34 as examples of significant contributions to this genre by Danish composers. Though an entirely well-crafted and serious composition, Schultz’s octet freely embraces moments of lightheartedness and humor common in Classical works bearing the same “divertimento” title.

Despite the work’s high artistic merit, it remains largely unknown to wind players and conductors today. This is surprising on two accounts. First, it is prominently listed as one of the top 101 works for chamber wind ensembles in An Annotated Guide to Wind Chamber Music by Rodney Winther. Secondly, the Danish Wind Octet released a suburb recording of the work on their 1994 album. With these resources already in existence, I believe the Divertimento’s relative obscurity is due solely to its previous lack of publication and availability. With this new edition, it is my hope that many more players and audiences will get to enjoy this worthy addition to the wind chamber music repertoire.