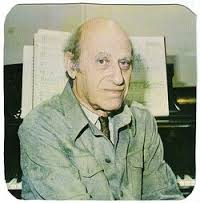 Although today Diversion is similarly regarded as a staple of 20th century saxophone solo repertoire, this work written just six years after the Sonata had a much longer and more arduous path to publication. In his 1985 interview with The Saxophone Symposium, Heiden traces the genesis back to his original score, which was then titled Solo for Alto Saxophone and Band. The quote suggests the humble origins of the piece, written almost incidentally for the 445th Army Services Band, for which he was the assistant bandmaster: “The band had some wonderful players, especially saxophonists; they were all outstanding jazz musicians who had been assembled for that purpose, but they had to play in the concert band ... I wrote (Diversion) in 1943 and we performed it many times.”