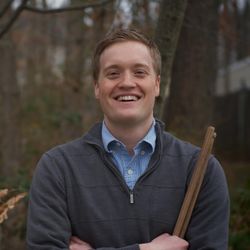 Dissolve is an exploration of texture. Voices are being added and subtracted throughout to not only create counterpoint, but to show differences between very dense sections or very thin sections and everything in between. On the contrary, I wrote the musical lines with the intention of them being heard as one sound, like one marimba that is growing and then “dissolving”.