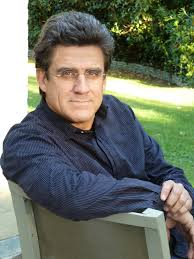 Dirk Brossé, (b. 1960, Ghent, Belgium) is a Belgian composer and conductor.

Brossé began his music studies at the Music Conservatories of Ghent and Brussels. He subsequently specialised in conducting, which he studied in Maastricht, Vienna and Cologne.

Dirk Brossé is a versatile and prolific composer. He has written some 200 works, including concerti, oratorios, lieder, chamber music and symphonic works, that have been performed all over the world and have been recorded in more than 40 countries. His most important works are La Soledad de América Latina, written in collaboration with the Nobel Prize winner Gabriel Garcia Marquez, Artesia, a universal symphony for orchestra and ethnic instruments, and the violin concertos Black, White & Between, Sophia and Echoes of Silent Voices.

Dirk Brossé has composed numerous for the theatre and the cinema as well. His best-known soundtracks are Koko Flanel ‘and Tintin: Prisoners of the Sun (based on Hergé’s world-famous cartoon character Tintin),

Dirk Brossé has been awarded the title “Cultural Ambassador of Flanders”. He has received numerous prizes, among them, the Flemish Government’s ‘Gouden Erepenning’ award for merit and the prestigious Achiel Van Acker Award. He is an Advisory Board Member of the independent think tank ‘Itinera Institute’. Since 2010 Dirk Brossé has been a Freeman of the town of Destelbergen.