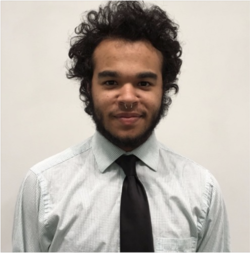 Mr. Carter holds a bachelor's degree in music composition from Illinois State University (ISU). While at ISU, Derek has participated in the concert and marching bands, the handbell ensemble, and founded a new music ensemble. He has collaborated with musicians, poets, directors, and choreographers to create experimental new work, often incorporating text and speech in concert settings as well as theatrical elements in solo and small chamber pieces.

His music has been performed across the Midwest, New England, the South, as well as in Canada, Poland, and Spain. Mr. Carter has been a festival participant in the Charlotte New Music Festival, Synthetis Summer Courses, and Domaine Forget. He has worked with ensembles and soloists including the Illinois State Symphonic Winds, University of Louisville Symphony Orchestra, Parker Ramsey, Mieko Kanno, and a plethora of student performers.