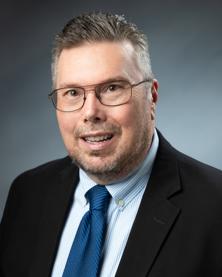 Dennis Eveland (b. 1960) is an American composer and educator.

Dennis earned a Bachelor of Arts degree from Western Illinois University and a Master of Music Education from the Vandercook College of Music. In addition, he completed his Principal Certification through Texas A&M International University. Originally a student of John Thompson, Mark Sinnock and Arden Keen in Canton, Illinois, Dennis studied conducting with Dr. Victor Zajec, Dale F. Hopper, Dennis L. Johnson, and Christopher Izzo; arranging and composition with Kelly Love and Michael Katterjohn; and horn with Ethel Merker and Roger Collins.

Mr Eveland began his teaching career in Toulon, Illinois, then was an instrumental music educator in the United Independent School District of Laredo, Texas, where he served as a band director at Los Obispos Middle School before his retirement. A thirty-one year veteran of teaching music, he has taught at both the high school and middle school levels.

He is an active composer and arranger of music for both concert band and marching band, and has written arrangements for several award winning bands in Texas, Mississippi, and Alabama. He also has been commissioned to compose music for the Texas University Scholastic League Sight-reading Project.

He is a member of the Texas Bandmasters Association, Texas Music Educations Association, and the American Society of Composers, Authors, and Publishers (ASCAP).