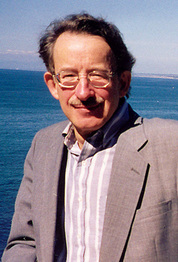 He was an adjunct professor of music at Jacobs School of Music, Indiana University–Bloomington. He was distinguished professor emeritus and former composer-in-residence at San Diego State University, where he directed the Comprehensive Musicianship Program, New Music Ensembles, and taught composition.

He received many national and state awards for his compositions and teaching, including the Bearns Prize from Columbia University; four BMI-SCA awards; first prizes in the Phi Mu Alpha, SAI, and National Federation of Music Clubs composition contests; the Dohnanyi Citation and Outstanding Alumnus of the Year awards from Florida State University; the Outstanding Professor Award from the Trustees of the Calif. State Universities and Colleges; and was a White House reception honoree in 1966. In 1970-72 he was the Ford Foundation composer-in-residence for the Tampa Bay area of Florida, in 1986 composer-in-residence at the Brevard Music Center in North Carolina, and in 1986-87 he was appointed University Research Lecturer at San Diego State University.

Ward-Steinman was a featured guest composer and lecturer at over 75 campuses here and abroad, with performances in all the major cities of the USA and over a dozen countries abroad, on every continent except Africa. He was the author of Toward a Comparative Structural Theory of the Arts and over fifty published compositions and co-author of the two-volume Comparative Anthology of Musical Forms.