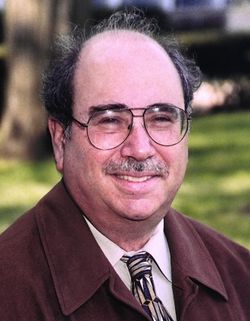 Mr. Stock started to compose as a student at Peabody High School. The first public performance of his music came at the high school’s graduation at Soldiers & Sailors Memorial Hall in Oakland. He studied trumpet and composition at Carnegie Institute of Technology (now Carnegie Mellon University), from which he received both bachelor's and master's degrees, and Brandeis University.

Stock was a longtime resident of Pittsburgh, Pennsylvania, where he serves as a professor of composition and as the conductor of the Contemporary Ensemble at Duquesne University. In 1976, he founded the Pittsburgh New Music Ensemble, and was the music director for 23 years until his retirement in 1999.

He was the composer in residence for the Pittsburgh Symphony Orchestra during the 1987-88 season, and for the Seattle Symphony Orchestra for the 1996-97 season. Among his many compositions are Kickoff, premiered by the New York Philharmonic under Kurt Masur during the Orchestra's 150th Anniversary; Violin Concerto, premiered by Andres Cardenes and the Pittsburgh Symphony under Lorin Maazel for that Orchestra's 100th Anniversary; and Second Symphony, premiered by the Seattle Symphony under Gerard Schwarz.

A Guggenheim Fellowship winner, along with five Fellowship Grants from the National Endowment for the Arts, he has appeared worldwide as a guest conductor.