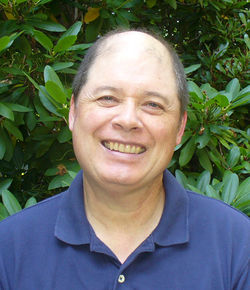 Dr. Macbride held an undergraduate degree from The Hartt School and an MA and DMA from Columbia University.

Macbride was extremely active in bringing diverse musics to the Greater Hartford (Conn.) community, having produced numerous outdoor events in Elizabeth Park and other venues including the Hartt School over the past twenty years. He regularly performs in schools and senior citizen homes, and received a University of Hartford Community Service Award in recognition of his contributions. Macbride also received the Hartt Alumni Award in 2011.

As a pianist, Macbride was invited to give a recital tour of Peru by the Instituto Cultural Peruano NorteAmericano, and has performed recitals in Spain (sponsored by the Centro de la Difusion de la Musica Contemporanea) and in Mexico at the Universidad Nacional Autonomo de Mexico in Mexico City. He gave a recital tour featuring works by Scarlatti, Cage, and Macbride performed on harpsichord, piano, and prepared piano.

Dr. Macbride was a professor of composition and music theory at The Hartt School in West Hartford, Conn.