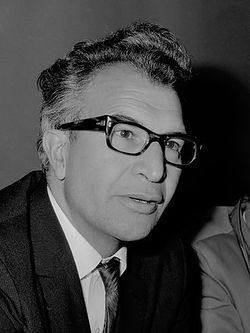 Brubeck grew in the rural area of Ione, California, where his father was a cattle rancher. Intending to be a rancher himself, Brubeck entered the College of the Pacific, but was re-directed into music by the head of the Zoology Department. Brubeck at the time could not sight-read music, but his ability to write counterpoint and harmony more than compensated.

Brubeck served in the Army starting in 1942, where he was spared combat duty when he was ordered to form a band. This was the Wolfpack, one of the first racially integrated bands. After the army, he studied at Mills College with Darius Milhaud and had contact with Arnold Schoenberg.

By 1950, Brubeck's recordings on Fantasy Records had become very popular. Brubeck organized the Dave Brubeck Quartet in 1951, with Paul Desmond on alto saxophone. They took up a long residency at San Francisco's Black Hawk nightclub and gained great popularity touring college campuses, recording a series of albums with such titles as Jazz at Oberlin (1953), Jazz at the College of the Pacific (1953), and Brubeck's debut on Columbia Records, Jazz Goes to College (1954). At its peak in the early 1960s, the Brubeck Quartet was releasing as many as four albums a year. A high point for the group was their 1963 live album At Carnegie Hall, described by critic Richard Palmer as "arguably Dave Brubeck's greatest concert".

In the United States, May 4 is informally observed as "Dave Brubeck Day". In the format most commonly used in the U.S., May 4 is written "5/4," recalling the time signature of Take Five, Brubeck's best known recording.