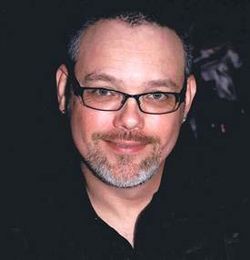 Darren Mitchell (b. 14 November 1964, Dallas, Texas) is an American composer.

Mr. Mitchell holds a Bachelor's of Music Degree from the University of North Texas where he studied composition with Dr. Cindy McTee and Larry Austin. He is best known for his music for video games (Turok: The Dinosaur Hunter; Turok 2: The Seeds of Evil, Ghost Recon 2: Summit Strike, and numerous other titles), which have garnered several awards and recognition around the world.

In addition to his music for video games, Mr. Mitchell is rapidly becoming known for his music for live ensembles and has had his music performed all over the country by universities, orchestras, high schools, and junior high schools. His work Ascension achieved Second Place nationally in The American Prize in Band/Wind Ensemble Composition competition, 2013.