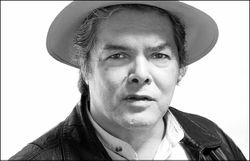 Originally written for orchestra, Danzón No. 2 has enjoyed significant popularity on performance programs everywhere. The danzón itself was Cuban-born, from a natural synthesis of Spanish, British, and French dance forms, and this work is built on a beautiful, elegant main theme, stated on clarinet, building in intensity before erupting into passionate rhythms later.