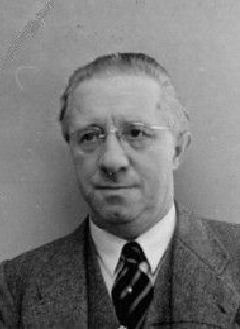 Danse Funambulesque was originally written for orchestra in 1925, and rescored for symphonic wind band in 1930, dedicated to the conductor of the Belgian Guides, Arthur Prévost, with "admiration et reconnaissance artistique."

The opening Andante with evocative solos for flute, oboe and clarinet is reminiscent of the music of Maurice Ravel, perhaps especially his song cycle Shérhérezade though this indolent atmosphere is constantly interrupted by more energetic music which eventually dominates and turns into an increasingly frenetic dance. The scoring is for the usual European lineup of the Belgian Guides or the French Garde Republicaine, with multiple clarinets and, in addition to the normal brass instruments, a team of keyed bugles, alto horns in E-flat, and bombardons in both B-flat and E-flat. The work is in my opinion a worthy companion piece to Florent Schmitt’s Dionysiaques and is quite unjustly neglected.