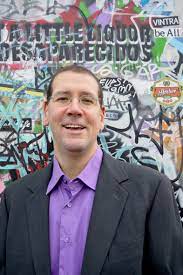 Nelson has composed primarily for orchestra. He has enjoyed an especially close collaboration with the Nordic Chamber Orchestra which resulted in four works. Chiefly among these is his Metallëphônic (2002) for tuba and orchestra, which has since its premiere been performed more than forty times by orchestras in Europe, Australia, Asia and North America.

Nelson has also worked extensively with the Västerås Sinfonietta for whom he wrote The Ninth Wave (2002), a large-scale cantata for soprano and orchestra based on texts by Alfred Lord Tennyson.

Five times works by Daniel Nelson have been played at the Swedish Radio Symphony Orchestra’s annually televised Epiphany-concert. One of those works, his orchestral fanfare Force of a Rainbow (2006), has also been performed by the Royal Philharmonic Orchestra at their annual concert-in-the-green, an outside concert before an audience of 35,000 people.

In 2011 his first opera, Pride and Prejudice, was premiered at the Vadstena-Academy summer opera festival to great critical acclaim as well as an enthusiastic audience response.