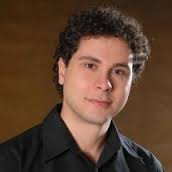 Daniel Maudonnet is a Brazilian composer and educator.

Maudonnet graduated from the Faculdade de Música Carlos Gomes in São Paulo and the Berklee College of Music in Boston. He has studied with such teachers as Hilton Valente, JoAnne Brackeen, Hal Crook and Charlie Banacos.

He leads the group Daniel Maudonnet Noneto playing his own Brazilian works, with an emphasis on jazz.