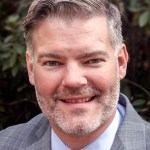 Dan Cavanagh is an American composer, pianist and educator.

As a composer Cavanagh has written or arranged for Latin Grammy-winning AfroBop Alliance, the legendary Patti LaBelle, and a wide range of classical and jazz performers across North America and Europe. He has released four critically acclaimed jazz CDs as a leader. His music can be heard on many recordings, both classical and jazz, and continues to be commissioned and programmed around the world.

Prof. Cavanagh received a 2009 gold medal prize from the International Music Prize for Excellence in Composition. In 2017 he was awarded a Special Judges’ Citation in the American Prize for Chamber Music Composition for his work for trumpet ensemble and drum set, Waves.

Cavanagh has also performed extensively in North America and internationally. He has been a finalist in the EuropaFest Jazz Contest in Bucharest, and in the Jacksonville Jazz Festival Piano Competition.

Cavanagh is professor of music and interim dean of the College of Liberal Arts at the University of Texas at Arlington. Prior to serving as interim dean, he held various academic leadership roles, including program director, music department chair, and associate dean. From 2015 to2020, he served as the co-chair of Region VI for the Society of Composers. Cavanagh chairs Downtown Arlington’s Cultural Arts District Partners group and serves on the board of trustees for the Dallas Wind Symphony.