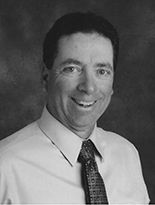 Daniel L. Kosko (b. 8 June 1958) is an American composer, educator and clinician.

Mr. Kosko studied at Catholic University (bachelor’s degree in composition) and Northwestern University (master's in music education). He has studied conducting with Robert Ricks, Robert Garofalo, Fredrick Ockwell, John Paynter and Anthony Maiello, as well as having had the opportunity to study privately for two years with Dr. Frederick Fennell.

He teaches at Bishop Ireton High School, a private catholic school in Alexandria, Virginia. His teaching duties include choir, string orchestra, AP music theory, guitar, and assisting with the band program. Since 2004, he has also served on the faculty at Northern Virginia Community College.

Prior to his appointment at Ireton, Mr. Kosko was a band director for 32 years for Fairfax County Public Schools in Virginia, retiring in 2014. He spent the majority of his career at Robert Frost Middle School where the band program grew from 75 students to over 250 during his tenure. The Frost Symphonic Band had the honor of performing at the Midwest International Band and Orchestra Clinic in Chicago in 1999. In 2001 the band program received the prestigious Sudler Silver Cup from the John Philip Sousa Foundation, an award recognizing middle school band programs that demonstrate consistently high standards over many years.

Since 1995 Mr. Kosko has served on the executive board of the Virginia Band & Orchestra Directors Association as the editor of the state selective music list. He is active as a guest conductor and clinician throughout the United States. From 2000 to 2016 he served as a conductor for the Virginia Ambassadors of Music, conducting high school band students on summer concert tours throughout Europe.

As a composer, Mr. Kosko has written band music for ensembles of all levels, including commissioned works for high school and adult community bands.