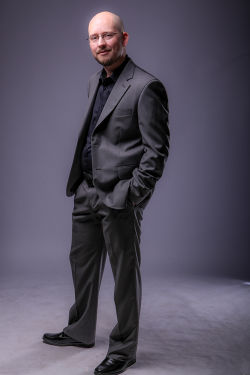 Daniel Kellogg (b. 1976) is an American composer and educator.

A graduate of the Curtis Institute of Music, Mr. Kellogg earned a Masters of Music and a Doctor of Musical Arts from the Yale School of Music.

Dr. Kellogg, Associate Professor of Composition at the University of Colorado, has had premieres with the Philadelphia Orchestra, the National Symphony Orchestra, the San Diego Symphony, the Kansas City Symphony, the Colorado Symphony Orchestra, Ensemble Orchestral de Paris, the Takács Quartet, and the Aspen Music Festival. He has served as composer-in-residence for Young Concert Artists, the South Dakota Symphony, the Green Bay Symphony, and the Lexington Philharmonic. Honors include a Charles Ives Fellowship from the American Academy of Arts and Letters, a Charles Ives Scholarship from the American Academy of Arts and Letters, six ASCAP Young Composer Awards, the BMI William Schuman Prize, and the ASCAP Rudolf Nissim Award. His works have been broadcast on NPR’s Performance Today, St. Paul Sundays. and BBC’s Live from Wigmore Hall” among others.