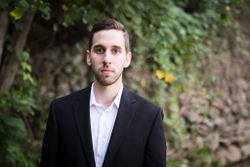 His works as a composer and arranger extend from solo piano to full orchestra and cover many genres. Daniel draws influence from his Russian-Jewish heritage including from composers such as Peter I Tchaikovsky and Nikolai Rimsky-Korsakov, as well as from opera and musical theatre.

Daniel is an active educator in the Albuquerque Public Schools System working as both a clinician and substitute music teacher. He is also an alumnus member of ArtistCorps – ArtsEngage.