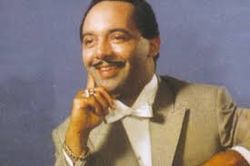 As a teenager, Pérez Prado was a pianist and arranger with the Orquesta Casino de la Playa in Havana. He popularized the mambo in Cuba in his arrangements for the orquesta. In 1948, he formed his own band, and made many records which were distributed in South America. He moved to Mexico City in 1949, where he remained for the rest of his life. He is often referred to as the King of the Mambo.

Prado wrote many pieces in the mambo style, the most famous of which are Mambo Jambo, and Cherry Pink and Apple Blossom White.