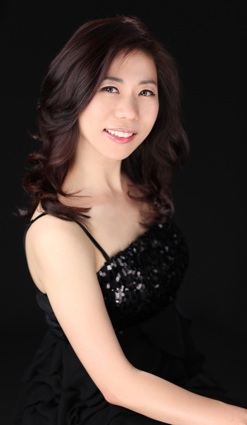 Da Jeong Choi (b. Seoul, South Korea) is a Korean composer and educator.

Dr. Da Jeong Choi began conducting at 15. She earned her Bachelor of Music degree in music composition at Dankook University in Seoul and her Master of Arts degree in music at Rutgers University in New Brunswick, New Jersey. In 2003, she entered the doctoral of musical arts program at University of North Texas (UNT) in Denton, Texas and obtained there in 2011 her Ph.D. degree (music composition, minor in music theory). Previous teachers include Jung Sun Park and Gerald Chenoweth. She has studied composition with Joseph Klein, Cindy McTee, and Jon Nelson at UNT.

Choi’s orchestral work From Dawn to Sunset was premiered by Asociación Joven Orquesta Provincial de Málaga (Spain) to celebrate International Women’s Day in 2012. One of Choi’s percussion works, Explorations of a Drum for Snare Drum Solo, was on the suggested performance lists for the PAS International Competition (2011) in Italy. Furthermore, Choi received various awards including the first prize from the Joong Ang Competition, the Gold Prize from MunHwa Broadcasting Corporation Composition Contest for Young Composers, the second prize from Percussive Arts Society Composition Contest, and the second prize from the Con/un/drum Solo Percussion Composition Competition.

Another of Choi’s artistic outlets is a composition series titled Cantus Curatio (Healing Melody in Latin) for solo instrument. These solo works utilize a variety of contemporary creative practices with each work dedicated to the victims of a different disease.

Choi has broad experience teaching music appreciation, music theory, composition, instrumentation, and piano performance at the collegiate (graduate and undergraduate) levels, including tutoring and collaborating as adjunct faculty at Southwestern Baptist Theological Seminary in Fort Worth, Texas, since 2012. She also has been a full-time teaching fellow in the Division of Composition Studies from 2006 to 2010 and a teaching assistant in the Division of Music History, Theory, and Ethnomusicology from 2008 to 2010 at the University of North Texas.