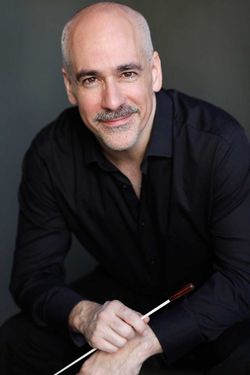 Having been focused primarily on orchestral music in my composing career to date, and having been rather unfamiliar with repertoire for concert band or wind ensemble, I hesitated before accepting the commission offer from Brian Cardany to compose a work for the 180th anniversary of The American Band of Providence. Among the reasons I chose to accept the challenge of composing my first work in this genre were that I am a native of Providence, and one of the former directors of The American Band was the late Francis Marciniak, who was my undergraduate music theory teacher during my first two years at Rhode Island College. These connections to the years in which I first set off on a musical path were part of my motivation to try my hand at a new genre.

The commission request was for music which would be appropriate to celebrate the 180th anniversary of The American Band, founded in 1837. In considering that request, and seeking to compose a piece which could serve as a festive concert opener for this and many other celebratory occasions, I settled upon the title of Curtain Raiser, which seems to suggest the character of this music.