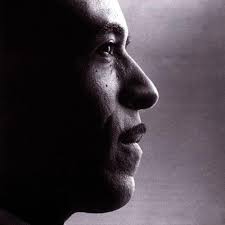 Crispus Attucks was written on a commission from the Harvard University Band in 1976. The title is the name of the first man, a black citizen, to be killed in the Boston Massacre.

Crispus Attucks (c.1723 – March 5, 1770) was an American stevedore of African and Native American descent, widely regarded as the first person killed in the Boston Massacre and thus the first American killed in the American Revolution. Historians disagree on whether he was a free man or an escaped slave, but most agree that he was of Natick (or possibly Wampanoag) and African descent. Two major sources of eyewitness testimony about the Boston Massacre published in 1770 did not refer to him as "black" nor as a "Negro"; it appears that Bostonians viewed him as being of mixed ethnicity. According to a contemporaneous account in the Pennsylvania Gazette, he was a "Mulattoe man, named Crispus Attucks, who was born in Framingham, but lately belonged to New-Providence, and was here in order to go for North Carolina."

Attucks became an icon of the anti-slavery movement in the mid-19th century. Supporters of the abolition movement lauded him for playing a heroic role in the history of the United States.