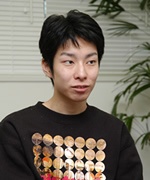 
For further purchasing information, see the Discussion tab, above.

Crescent Moon Dance is a work composed for the anime film Sound! Euphonium (Hibike! Euphonium). The film is based on the anime novel Sound Euphonium Welcome to Kitauji High School's Concert Band, by Ayano Takeda.

Within the film, the fictional Namie Horikawa composes the Crescent Moon Dance as the number one most difficult piece on the list of pre-approved pieces released by the All-Japan Band Association judges. The Kitauji director, the fictional Noboru Taki, chooses the work for contest, hoping to impress the judges by playing something that the other bands were unlikely to choose.

The full conductor score was released, without parts, with the DVD of the anime film.