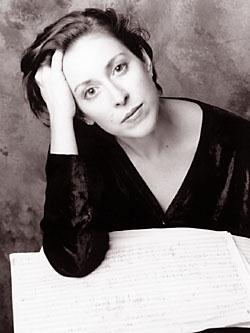 Cosmosis was created for the talented and inspirational music students at the University of Michigan to tap their boundless imaginations.

The American poet May Swenson wrote The Cross Spider in response to the news of a Skylab experiment in which a student project proposed to see whether a spider could spin a web in space. A common cross spider (araneus diadematus), named Arabella, is mythically portrayed by Swenson. Her shape poem Overboard (a play of gravity) serves as a prelude.

In Cosmosis, Overboard plays with musical equivalents of gravitational force following the shapes laid out in the poem, before entering the gravitation-free sea of space. Here, Arabella succeeds in her quest on The First Night. A musical interlude follows, reflecting on the vastness of space as well as the heroic undertaking. In The Second Night, Arabella succeeds again ... but is sacrificed in the process ... "experiment frittered." Yet the resonant energy of the mission still spins in the air, like the sound waves in space that echo throughout the cosmos, becoming a part of it, and inspiring others.