Concerto in Rock for Bass Clarinet 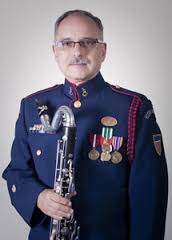 This work was inspired by the composer's younger days in a garage rock band. It contains typical rock harmonies, grooves and drives, as well homage to a couple of classic rock tunes.