Concerto in One Movement 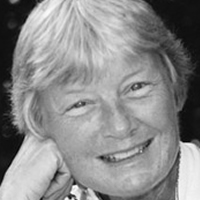 Subtitle: For Marimba and Wind Ensemble

Emma Lou Diemer’s Concerto in One Movement for marimba was premiered in its original version March 21, 1991, at Mills College, Oakland, California, by the Bay Area Women’s Philharmonic with JoAnn Falletta conducting and Deborah Schwartz soloist. It was repeated on March 23 in San Francisco. The concerto was commissioned for the 10th anniversary season of the orchestra.

In October, 2006, the composer made the wind ensemble version of the concerto, and this version was premiered March 1, 2007, in the Saint Vincent De Paul Church in Albany, New York, with Felicity Cashman as soloist and The College of Saint Rose Wind Ensemble conducted by Robert Hansbrough.

The instrumentation and general style of the concerto are imbued with the individuality of the tone color and technique of the marimba, reflected in the tremolos and glissandos as well as rhythms and melodic motives that echo or reinforce the ideas expressed by the solo instrument. There are two cadenzas and an extended solo passage for marimba in the slow middle section. In the last cadenza the soloist is joined by the percussion section of the orchestra. The spirit of the work is related somewhat to Vivaldi in its use of floating harmonic rhythms (slow-moving harmonies evolved through figuration), and bears some harmonic relation to another of the composer’s favorite writers of music, Ravel. The dynamic virtuoso Deborah Schwartz, for whom the work was written, offered excellent editorial suggestions in the writing of the marimba part. The concerto was written to be enjoyed by all concerned, including first and foremost the audience who will hear it for the first time.