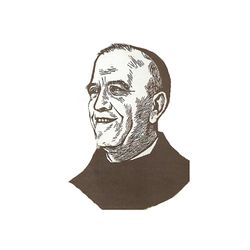 This work bears the designation Opus 6, No. 15.

This Concerto by Johann Valentin Rathgeber was originally written for two trumpets and strings. Rathgeber was a preacher and choir director but wrote one set of 24 concertos for various instruments. This work is not unlike the double Trumpet Concerto of Antonio Vivaldi with the two outer movements full of imitation and rhythmic interest.