Concerto for Piano and Wind Symphony 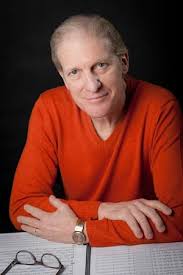 There have been interesting stories surrounding most of my commissions over the past 20 years. But the story circling the composing of this piano concerto might be the most interesting of all.

Pamela Mia Paul and I have been friends since I was sixteen, when we were in the Pre-College Division of Juilliard (I was a violinist), and have had a friendship and performing history together that dates from those early days at Juilliard through professional chamber music performances in New York City in 1990. When she called me in October of 2018 and announced she was commissioning me to compose her a concerto I was gloriously happy and honored. I of course said yes ,and we were on our way.

Almost. I have written many concerti for different instruments, feeling comfortable during the process for all of them. However, not being a pianist myself suddenly smacked me right between the eyes and I began to feel very challenged. Fifteen years ago I read a biography of the great Hungarian composer György Ligeti, and there was one comment he made that I never forgot. He stated that whenever he was commissioned to compose a concerto he would immediately immerse himself in numerous concerti for that instrument, before ever writing even a single note of music. Wow, I said to myself! I thought a composer with his immense gifts would just sit down and initiate his composing.

So I decided to take a page out of his playbook. After five weeks of studying all of the Bartok concerti beginning with #2, all of the Prokofieffs, Rachmaninoffs, Stravinsky, Ravel and some of the Liszt and Chopin concerti, I put my first notes to paper. I made detailed notes on each regarding use and crossings of the hands, division of registers, speed of playing and extremes of dynamics. It was slow going. Even though I am not a pianist I “played” every single note and chord I wrote, at a painstakingly slow pace, to see that everything was playable and pianistic. The musical ideas, on the other hand, did flow quickly, easily and richly. Because of my study, the use of registers, the crossings of the hands and the virtuosic sections made sense from the beginning of the process. However, it took a fair amount of time to put them down on score paper.

Six or seven weeks into the process it became apparent to me that I had to write the entire linear solo piano part first. I envisioned a one movement, three-section twenty+ minute work and included space in the middle for a two and a half minute tutti based on material from the first two sections of the solo piano part.

In writing the piano concerto, although I did not have a specific concerto targeted for inspiration, my goal was to have it be a successor of sorts to the great contemporary romantic concerti. It would include a cadenza that was fanciful, filled with daring colors and moods (thus the very opening), thick and broad themes with an uplifting feeling and deep hues of color (thus the Allegro Appassionato for Theme 1), sensitive, intimate and improvisational music (thus the various contents that make up Theme 2) and virtuosic material of the highest and most challenging order (thus the various Allegri of Theme 3).

As I worked my way through the solo piano part I of course began having ideas for the orchestration and indeed wrote many sketches of those ideas, sketches to which I would return when I began orchestrating in earnest. Orchestrating for this concerto entailed writing for a wind symphony, not a symphony orchestra, and this presented another unique challenge: it would be the first time one of my orchestrations would employ NO string section, except for two lonely double bassi. This challenge ultimately developed into an inspirational experience. Utilizing a saxophone quartet, contrabass clarinet, euphonium and using marimba and vibraphone prominently in numerous sections, proved to be creatively stimulating if not just simply musical fun. My palette had been expanded in wonderful fashion, allowing me to explore new colors and textures, which were created as the result of writing for these instruments.