Concerto for Cello and Wind Orchestra 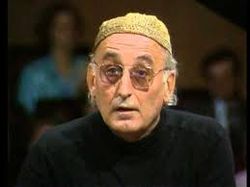 Composed in 1989, the charming and popular Concerto for Cello and Wind Orchestra exemplifies Gulda’s blurring of boundaries between musical genres. Scored for a modified eighteenth-century Harmoniemusik wind ensemble with the addition of a jazz rhythm section of guitar, bass, and drum set, the work alternates seamlessly between what Gulda described as “jazz, a minuet, rock, a smidgen of polka, a march, and a cadenza with two spots where the star cellist must improvise.” The Ouverture launches the concerto with a smooth rock feel, which then alternates with lyrical sections that sound like they could have been written by Mozart. The second-movement Idylle opens with a beautiful hymn-like chorale, first in the brass choir and then in cello, before a lilting Ländler breaks the repose.

The third movement is a six-minute cadenza for unaccompanied solo cello that calls for extended techniques and improvisation and segues directly into the Menuett. Cast in ABA form, the outer sections sound predictably like a Renaissance dance -- complete with tambourine -- but the middle section surprises with a beautiful tune that evokes Appalachian folk music. The Finale -- part march and part polka -- recalls classical and rock genres from earlier in the concerto before drawing to a thrilling close, complete with a screaming high note from the lead trumpet.

The first movement of the concerto presents completely new challenges to the cellist. Besides the immensely difficult techniques involved, the aggressive rock-rhythm needs to be mastered. It must be played exactly, without vibrato and other things, which might be considered the bad habits of classical music in this context. I was happy, and Gulda was maybe somewhat surprised, that I succeeded at this task. Three times, two choruses are interrupted by gentle lyrical interludes (or second themes) not only fulfilled my dream of cello playing in the idiom of jazz and rock, but they also excite the listener with their rock-hard tension. To that, almost surprisingly, the second movement forms the complete opposite.

"Idylle" precisely describes the Austrian Salzkammergut as the source of the beauty, the greatness and the simplicity of this music. (The fact that I myself was born in this region is pure coincidence and meant an additional challenge to me.) The spread-out simple melody expresses everything we often miss and search for, just that any listener will find, if he is able to free the strength of this music freely. The jovial middle part of the movement brings happy country-like relaxation, and its centre is a tribute to the cellist, who may excel, like a tenor, in the best register of his instrument.

The cadenza – central point of the concerto – develops out of the last B-flat major chord of the second movement. The two improvised sections are easily recognizable. The first one with its wild double stops and the second (according to Gulda) with "lovingly whistling" harmonics, both contrast charmingly with thoughtful and hesitant monologues, as well as with wild rhythmic memories of before (thanks to the composer for making use of the lower strings as well!). The listener then finds himself calmed, as if in a dream, in the fantastically unrealistic minuet, which seems to have glided from its Central European origins into an Eastern reverie. The wonderful maggiore-trio seems to float in space.

The last movement overwhelms with earthly happiness. It does not flirt but identifies itself completely with alpine brass music. The cello gets its chance to excel on this rustic basis. Even the beloved and well-respected star tenor of the health resort (Bohemia?) may twice show how frighteningly beautiful and full of emotion he can sing. Extremely agitated, like a thunderstorm in the Austrian Salzhammergut, a jazz-like middle part develops once more. It is followed by a "coda par excellence" which, first smilingly, then outright laughingly, stimulates the already breathless soloist to reach the magnificent end.