Come Back to Sorrento 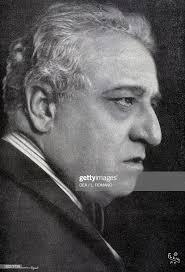 The most famous Neapolitan song is Torna a Sorrento (Come Back to Sorrento), which was written in 1902 by Italian composer Ernesto de Curtis with words by his brother Giambattista. It became extremely popular, and was sung by all the leading vocalists, including Frank Sinatra, Elvis Presley, Enrico Caruso, Placido Domingo, Luciano Pavarotti, and Meatloaf.

Torna a Surriento is a Neapolitan song composed in 1902 by Italian musician Ernesto De Curtis to words by his brother, the poet and painter Giambattista De Curtis.

Tradition holds that the origin of the song dates to 1902, when Guglielmo Tramontano, mayor of Sorrento, asked his friend Giambattista De Curtis to write the song for the Prime Minister Giuseppe Zanardelli, then vacationing at his seaside hotel, the Imperial Hotel Tramontano; it was claimed that the piece was meant to celebrate Zanardelli's stay. Some claim the song is a plea to Zanardelli to keep his promise to help the impoverished city of Sorrento, which was especially in need of a sewage system. The song reflects the beauty of the city's great surroundings and the love and passion of its citizens. More recent research indicates that the song may merely have been reworked for the occasion; family papers indicate that the brothers deposited a copy with the Italian Society of Authors and Editors in 1894, eight years before they claimed to have written it.