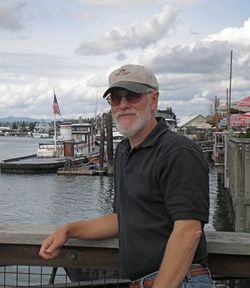 When conductor John Climer invited me to compose a short work for the Ohio University Wind Ensemble to perform at the Washington DC Band & Orchestra Festival in the Kennedy Center for the Performing Arts, he specifically requested a “rousing” work to open their program. Instead of relying on the common devices of extremes of tempo and/or dynamic markings to create clear sectional divisions, I decided to explore contrasts based on instrumentation and rhythmic organization, as well as various gradations within the spectrum of fast and loud music. A central device is the use of tempo relationships in which a common note value in one section determines the tempo of the next. This allows for quick and smooth transitions between the two primary tempos of the work. The faster sections are more rhythmic, perhaps even danceable at times. But I make considerable use of asymmetrical rhythmic groupings that give these passages an unsettled quality that just seemed appropriate for these unsettled times. In addition to a lot of fireworks, there are some humorous moments as well ... along with some deliberately cheesy references to 20th-century musical masterworks and to Mars, the Roman god of war.

My title refers to the five-tiered color-coding system established by a Presidential Directive in March 2002 for the purpose of assessing “Threat Conditions” pertaining to the risk of terrorist acts (which thankfully was phased out in 2011). But I leave it to listeners to figure out what to do with this information — in much the same way that (except in airports) we were mostly left to our own devices when it came to figuring out what to do with that color-coded information issued by the Department of Homeland Security.