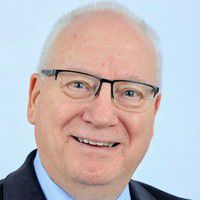 The title of the work as a whole stems from the composer’s emphasis on the instrumentation and accompaniment to the tunes. In his notes in the score, Margolis states that the “focus of the music is not the melody, but the setting ... the texture, the color and the harmony.” One of the most intriguing, refreshing aspects of Color lies in the numerous short passages scored for soli sections or solo instruments -- almost all sections are exposed at one time or another.

The work is dedicated to Donald George and the University of Wisconsin-Eau Claire Symphony Band, who performed the premiere on 8 April 8 1984.

Color is based upon five English folk dances: Stanes Morris, Stingo, Daphne, Argeers, and The Slip. The musical treatment is improvisatory, playful, mischievous, and generally compact in structure, with a strong emphasis on style and tone color.

Quite a few melodies were looked over before settling on the ones for this suite. The entire English Dancing Master (1651) of John Playford, and most of van Eyck’s Der Fluyten Lust-hof (1646) were consulted for the tunes, which are all English country dances -- that is, instrumental folk dances. Yet the fact is, the focus of this music is not the melody, but rather setting -- that is, the accompaniment, the texture, the color, and the harmony. It might be argued that to some extent not only the focus but the very reason-for-being of this piece is its setting; that the style has become the thing itself; and more specifically, the aspect most important thereof is the timbre, or instrumental color. This the title: Color.