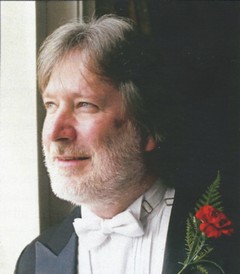 Touchin studied at Oxford and Manchester. He taught in Stockport from 1974 to 1979 and was director of the Trafford Youth Training Orchestra and Wind Band from 1978 to 1982. Since 1982, he has taught at Chatham’s School of Music in Manchester.