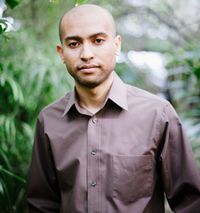 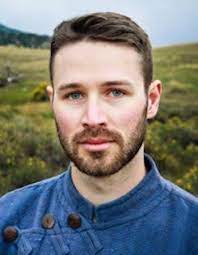 I. Through All That, Beauty references the struggle of marginalized groups in a society. Through a history of intense challenges, people are still able to maintain and create beauty. The piece begins with an open, spacious texture with rhythmic punctuations. These rhythms lead to a section with a long, syncopated melodic line that repeats and builds in harmonic texture. This section also includes an ostinato that draws from the bell pattern found in Bawa, a drum and dance piece originating from the Dagaaba people of Ghana. Towards the end of the piece, an open texture returns, punctuated with text spoken by musicians which reference significant moments in the history of social and political struggle in the United States. This movement was composed by Derrick Spiva Jr.

II. How can this be? This piece is a visceral response to the intertwining pandemics of racism and COVID-19. In terms of density over time, the piece roughly follows the curve of COVID-19 daily infections in the United States from March 2020 until the piece was completed in August of 2020. The spoken text in the piece consists of a fragment of a list of dates that documents failures of the United States justice system throughout history to address violence against Black people. At first the dates proceed backwards in time, but they curve back around to the present once again, highlighting the immediacy of this issue:

III. Perpetual Grit references the perseverance of those who desire to create change. The piece attempts to convey the impulse and absolute will to survive and flourish in the face of extreme obstacles. Perpetual Grit shifts between repeated rhythmic cycles of four beats and 10 beats. This shifting is meant to represent new ideas that may feel strange at first, but then develop into a familiar foundation with time. This piece ends with musicians humming a melody written in five cycles of 10 beats. Although the melody is based on an asymmetrical number of beats, the humming represents this cycle being internalized and embodied by the musicians in a way that feels natural. This movement was composed by Derrick Spiva Jr.

IV. The Garden of Merging Paths. The title of this piece is a reference to the title of short story El jardín de senderos que se bifurcan (The Garden of Forking Paths) by Jorge Luis Borges, considered an early example of postmodernism in literature. I approach the “merging paths” as a multilayered metaphor; one of those layers is the idea that every human being on the planet is facing increasingly-interconnected existential challenges. Inspired by conversations with composer Derrick Spiva Jr., I set out when composing this piece to imagine a brighter future where those challenges are being met and overcome. The rhythmic backbone of the piece is a cyclical nine-beat pattern (2+2+2+1+2) set over a massive tempo arc (a long accelerando followed by a shorter ritardando.) This nine-beat rhythm is present in numerous musical cultures across Anatolia and the Balkans, associated diasporas, and related music scenes globally, including folk and/or classical traditions of Armenian, Kurdish, Romani, Turkish and other communities. In the classical usul rhythmic system, this rhythm is known as evfer. In folk traditions it may be referred to (depending on where you ask and who myou are asking) as tamzara, romany 9, roman havası or yet by other names. This movement was composed by Conor Abbott Brown.