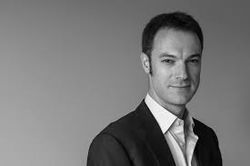 Coast of Dreams (2014) for wind ensemble was commissioned by a consortium of wind ensembles organized by the State University of New York at Fredonia, Paula Holcomb, conductor. This 15-minute work, in two movements, is a musical tribute to early Los Angeles.

Inspiration came when I visited El Alisal, a rustic home built by Charles Lummis in the late 1800s, located in Arroyo Seco in Northeast Los Angeles. Loomis was a Los Angeles Times journalist, an Indian rights activist, a historian, photographer and all around Southern California guru. When at El Alisal, I discovered one of the first California lifestyle magazines, Land of Sunshine, published by Lummis beginning in the late 19th century. I began to hear a composition in two movements as an emotional, cultural and musical exploration of this romantic vision of Southern California.