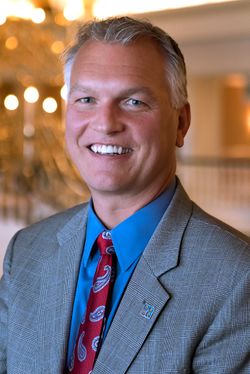 The work may also appear under the title Fantasy for Film.

Cinematic Fantasy was commissioned by the Boston Brass in February 2006. Film composer Rick DeJonge wrote the piece to illustrate the different styles of film music. The piece opens with a fanfare similar to that of Alfred Newman’s famous 20th Century Fox fanfare, demonstrating the adventure style utilizing the French horn with a large Hollywood style orchestration similar to that of James Newton Howard (Dinosaurs) and John Williams (Jurassic Park). The next section is the action/thriller style that uses dissonant chords and ornamentation along with lower ostinatos in the same fashion as Christopher Young (Spider Man 3) and Jerry Goldsmith (Planet of the Apes). The final style is the comedic section, and here the composer brings out the ideas of Carl Stalling (Warner Brothers cartoons) and DeJonge’s good friend J. Eric Schmidt (The Magic Ring).

N.B. Cinematic Fantasy was performed under this title in 2015. However, a work entitled Fantasy for Film by this composer was performed in 2006. Both performances involved the Boston Brass and neither has been published. It is assumed that they are the same composition.