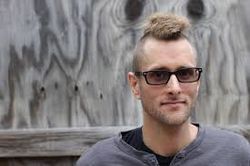 Christopher Biggs (b. 1979) is an American composer and multimedia artist.

He is Associate Professor of Music Composition and Technology at Western Michigan University. Biggs teaches acoustic and electronic music composition, electronic music production, digital signal processing, visual programming, and music theory. His recent projects focus on integrating live instrumental performance with interactive audiovisual media. In addition to collaborating with artists in other disciplines on projects, he treats all of his works as collaborations with performing artists by working with the performers during the creative process and considering their specific skills and preferences.

Biggs is a co-founder and the director of SPLICE Institute, which is a weeklong intensive summer program for performers and composers to experience, explore, create, discuss, and learn techniques related to music for instruments and electronics.