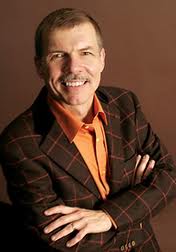 Subtitle: Idyll for Winds, Brass, and Percussion after a Painting by Andrew Wyeth

To grasp the meaning behind Kenneth Fuchs’ Christina’s World, you must first know award-winning American painter Andrew Wyeth’s work by the same name and more specifically, Anna Christina Olson, the subject of this, Wyeth’s most famous egg-tempera-on-board painting. Born in 1893 in Cushing, Maine, Christina lived on her family's dilapidated farm raising chickens and growing produce with her devoted brother Alvaro. Crippled by polio as a child, Christina was unable to walk and had limited use of her arms. Due to her affliction, she became increasingly reclusive and self-conscious of her appearance, but despite her vulnerability and physical limitations, Christina was resolute in her drive for independence; she preferred to drag her nearly paralyzed body around her home and property rather than use a wheelchair.

Wyeth first met the Olson in 1939 through Betsy James, a mutual acquaintance who lived on a neighboring farm. Wyeth would later marry Betsy and cultivate a lifelong friendship with Christina and Alvaro, who opened their farm and home to him as a source of inspiration. Wyeth established a studio in one of the Olson’s unused upstairs bedrooms and it was there that he conceived this work.

According to Randall C. Griffin, author of the 2010 American Art article Andrew Wyeth’s Christina’s World, “Christina’s World had its origins in the summer of 1948, when Wyeth looked out the window of his third-floor studio and saw Christina on the grass below. He recalled that she was ‘getting some vegetables and ... was pulling herself slowly back toward the house. It was late afternoon.’” Betsy James Wyeth later made the following statement upon completion of the painting: “When Andrew Wyeth completed the tempera, he was hesitant to show it to Christina for fear she might not understand his feelings for her and her life, so he brought it back from Olson’s, where it was painted, and hung it in our house. Several days later we invited Christina and Alvaro for dinner. Alvaro carried his sister into the living room and almost deliberately placed her on the couch directly under the painting, so that it was impossible for her to see it. When time came to serve dinner, I moved a small table and sat her facing the picture. Not one word was mentioned about the painting during the entire meal. Later that evening, after they had left, my husband told me that while we were all out of the room, clearing the table, he came back and found Christina staring at the painting. He summoned up the courage and asked her how she liked it. She reached out with her crippled hand, caught his, and brought it to her lips…” It is not my place to interpret Wyeth’s painting for you, but I promise that if you spend enough time with the work, it will resonate on a very personal level.

Ken [Fuchs] has created a composition that thoughtfully captures the scene: the highly textured landscape, the bleak sky and ramshackle farmhouse, Christina’s youthful beauty despite her frail arms, the passage of time, tranquility, her courage and resolve to persevere despite the weight of her world.