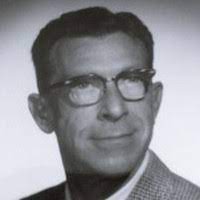 Mr. Osborne studied at the New England Conservatory of Music, receiving a diploma in trumpet in 1936, and then took graduate studies at Northwestern University. He taught public school music in Kentucky, Massachusetts, and New York.

During World War II, he played with the 355th Army Band. After the war, he was a trumpeter with the Boston Symphony Orchestra and the Boston Opera Company.

Osborne wrote many songs, chamber music, and works for band. His compositions ranged from marches to opera. His writings also included historical essays and children's novels.