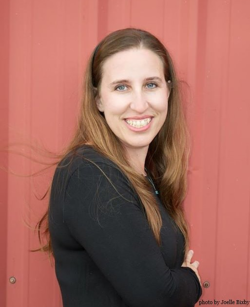 Cherise Leiter (b. Florida) is an American composer and educator.

A composer whose output includes works for choir, piano, voice, carillon, orchestra and assorted chamber ensembles, her compositions have been performed throughout the United States, Canada, Scotland, France, Italy, Romania, and Japan. She was CSMTA’s 2004 commissioned composer, and her work The Life in a Day for flute/alto flute, guitar, and cello was recorded by Dr. Michelle Stanley and released on the Centaur label in May 2007. Her works have been finalists in the Ithaca College 25th Annual Choral Composition Contest, the Outside the Bach’s Competition, the Flute New Music Competition, and the Columbia Summer Winds 2016 Composition Contest. She won the Braintree/Nashoba Valley Chorale choral competition and the Ars Nova Composition Competition, and her cycle Love Letters from a War was a vocal winner in the Boston Metro Opera call and received an Honorable Mention from the 2010 NATS competition. Her American Folk Suite, a cycle for soprano and flute, received a Merit Award from Boston Metro Opera in 2014.